At Casa da Baía – Tourism Promotion Center, since June 5, 2018, the Sado Estuary Bottlenose Interpretive Center, a project by the Municipality of Setúbal, created with the support of the Ministry of the Environment, the Institute for the Conservation of Nature and Forests and Troia Natura.


The Interpretive Center aims to increase knowledge about the cetacean community residing in the Sado and was conceived in a permanent exhibition format, with several interactive panels and tables.


Some panels present information of a scientific nature and on the natural history of the region, while a central table presents the interpretation of the territory, highlighting the most relevant natural spaces, as well as some of the species that are directly or indirectly related to the bottlenose dolphins.


Two interactive multimedia panels are also available. One of them reveals the sounds that can be heard in the natural environment, such as the vocalizations of bottlenose dolphins, but also of other species that share the habitat, such as fish, seabirds and other cetaceans that frequent the area surrounding the estuary.


In the other panel, the focus is solely on the bottlenose dolphin, proposing a guided tour through the landscapes frequented by the Sadina community, made up of about thirty individuals, namely between the Sado Estuary and the coast of Arrábida and Troia.


The Sado Estuary Bottlenose Interpretive Center also includes the skeleton of a bottlenose dolphin, exposed on an interactive table composed of a model structure, in the shape of prisms, which reveal different information of a more scientific nature about the cetacean.


The space, designed as a permanent exhibition, occupies the entire area destined for the former Casa da Baía Exhibition Gallery.


With a strong component of environmental education, the Interpretive Center is dedicated to the only resident community of dolphins in Portugal and one of the only three with this feature in all of Europe.


It is possible to schedule guided tours of CIRES through this link.


The dolphin (roaz corvineiro), the Sado estuary, the inhabitants, their sounds and the environment. 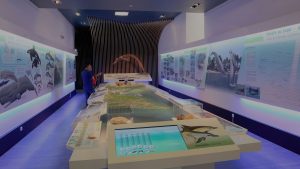 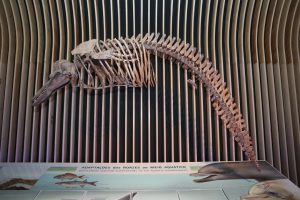 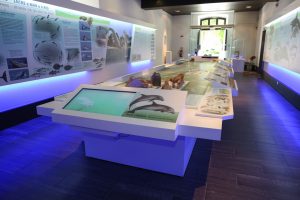 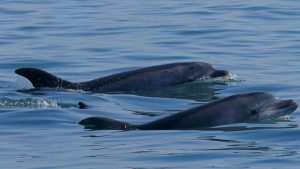 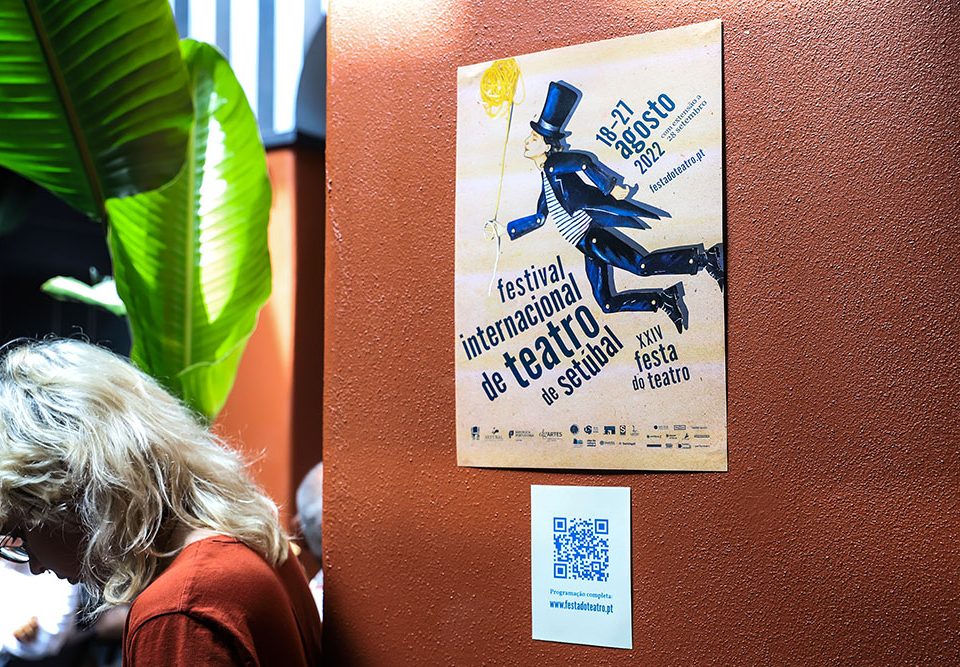 Gallery of the Bank of Portugal 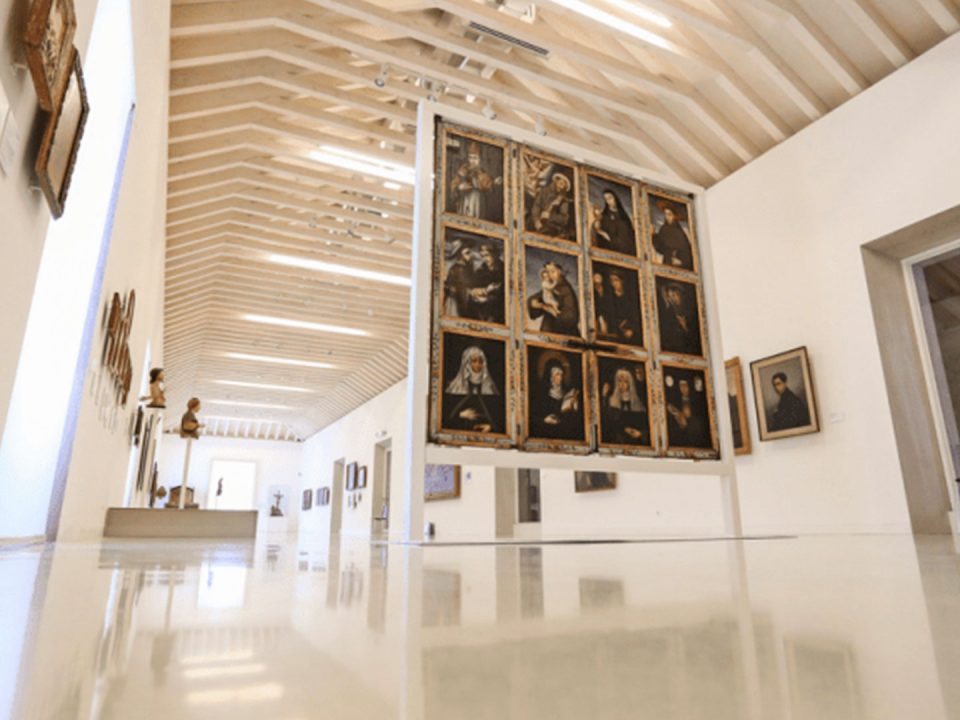 Convent of Jesus / Museum of Setúbal